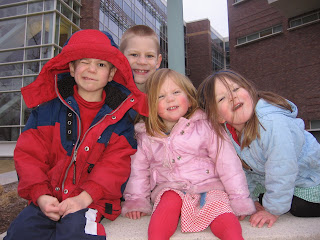 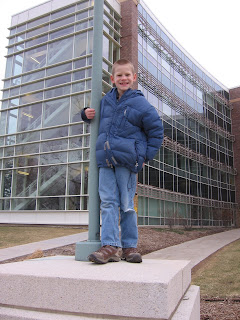 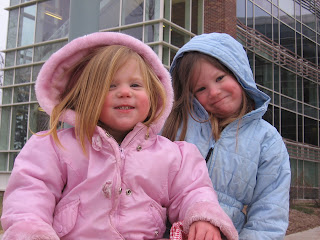 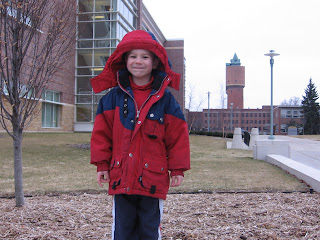 The psychiatric hospital is in the background with the turret. When we moved here the realtor said that they use to lock the severely insane in the turret. 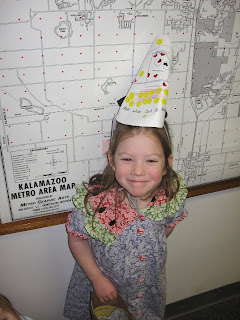 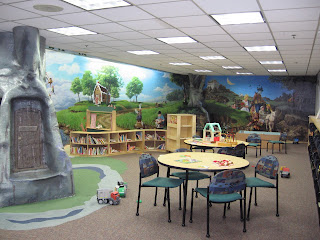 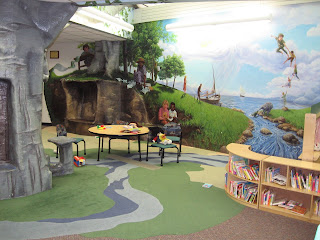 One of our favorite libraries. This library has a fabulous playroom stocked with cool toys. The storybook mural is partially three dimensional with trees you can actually sit in. I love how they carried the mural onto the carpet with the stream to cross. 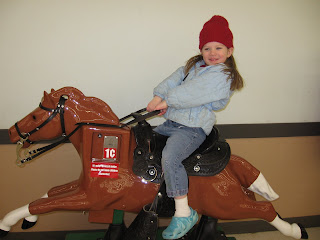 Our grocery store still has a penny horse rides. The kids all enjoy riding while I self-check out. 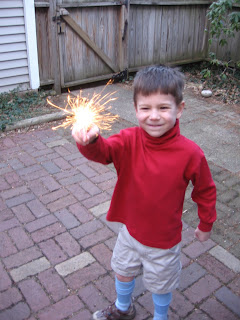 Sparklers we had to use before we move.
Posted by Anna at 7:33 PM 3 comments:

My brother Andrew is like the Andrew in the Bible. He brings others to Christ. He works for a mission organization that focuses on Sudan. Today I received a very touching prayer email from Andrew's stateside contact while his team is in Africa. I wanted to share it with you as an encouragement that God is still orchestrating the smallest of events for eternal significance.


"Just days before the team left (America), they met a special, young Sudanese man who happened to be visiting their church that day. This young man was new to the area and immediately introduced himself after finding out that a group from the church was headed to his home village of Torpout! You see, this man had not seen his family or hometown in more than a decade and he very much desired to connect with his family through the team. To assure his family of his well-being and to send his love, he pulled together a package to send with the team that included a long letter, photos and a video.

As the team traveled by boat to church in Torpout (Jengmer's home village) on Sunday, they hoped that they could deliver this message and bring together a separated Sudanese family. What happened was one of the most touching events of the trip. The team found his family (father, cousins, siblings) and was welcomed to their compound as honored guests. One of the team members read the letter aloud to the entire family; the family looked through pictures of their son depicting his life in America and the team showed the video message to the transfixed, emotional audience. To honor the team, the family gave them a ram (which made the journey back to Nasir on the team's boat). This ram was a huge gesture as it represented about one-third of the family's wealth. The team was overwhelmed with gratitude and the preceding God-ordained circumstances that led to the special day!"
Posted by Anna at 9:33 AM No comments:

Since I read to relax and I'm an intense person, I finish quite a few books. Here are my two recent picks: It's All About Him - Denise Jackson and In the Heart of the Sea - Nathaniel Philbrick. Jackson's book was refreshing in that she was genuine. She shared her rise to celebrityhood as the wife of Alan Jackson, her emotional void, her marriage pains and her realization that Christ alone could heal her heart and restore her marriage. I am grateful that Ben doesn't enjoy singing. Therefore, I think it is safe to say he will never give a concert with screaming teenage girls throwing themselves at him. Admittedly, some women swoon as easily at married doctors as at country legends. However swooning in a hospital can be attributed to blood loss and imbalanced meds. Not to say that Ben's patients haven't found him swoon-worthy, but he is quick to say he has a wife and four kids.

This nonfiction book unlike the other is not written in a Christian perspective. It is an account of the tragedy of the whale ship Essex. It moved me to tears at the harsh reality the crew endured. This book is quite gruesome, but strangely fascinating. Ben commented that so many of the men's choices were idiotic. Indeed, hindsight is always 20/20. Considering their physical deprivations, mental exertions must have been exceedingly difficult. Unfortunately they doomed themselves by their repeated poor judgment. This book made me appreciate that Ben isn't a whaler. With all the environmental hype and whale protection he probably couldn't be one anyway. But hypothetically speaking, it is nice he isn't gone at sea for three years at a time. I think I would go daft. And for those that think I already am, please don't comment.
Posted by Anna at 5:30 PM No comments: